I love the etymology of utopia, which at its very basic premise is “not a place.” Even tied into this idea of utopia is impossibility. And then because I’m a cynic, I go, “so why bother? If it’s not something that is possible, or that can be done, why bother?” Then there’s all the debates about one man’s utopia being another’s dystopia and when you live in a dystopia, everything is miserable, so why engage in that argument either? But because I love the etymology of Utopia as a non-place, I’m drawn to Marc Augé’s concept of non-lieu, which is also non-place. What Augé is talking about are the spaces we move through that we don’t give consideration to, like a car park. So a car park is not really a place or a site where significant things are supposed to happen, but it could be. How much time have we spent in car parks, skateboarding or dancing or smoking or just being in them? They’re actually very, very fertile places, once you think of the ways in which people who don’t have places to go start using them. But going back to the classic sense of Utopia, or in my utopia, everybody has a place to live, everybody has enough food, and enough sleep.

I love that you say “MY Utopia,” because in general, there’s this large, standardized way of looking at Utopia, but perhaps utopia is more personal, like when you said “In my utopia this is what happens.” Do you think utopia can be applied as a large concept that’s standard for all? Or is it more of this invitation of pluralism, and more of a fragmented perception of utopia?

So you’re asking “what does Utopia look like on different scales?” In an individual utopia, it’s actually more manageable, as in am I at peace in the place that I live in? Is my home safe, welcoming and providing for me? Is my community something that is pleasurable for me to be within? But when you start scaling up, and you ask what does Utopia look like for thousands of people, maybe we’ve achieved this because a lot of people do have their own personal utopias going on, but at what expense? In this capitalist society that we live in, you can buy utopia, you can buy your security, you can buy leisure, you can buy pleasure, you can buy your needs and your desires, but that comes at the expense of a greater number of people.

What you’re talking about actually relates to three very particular and specific strands of my identity. First of all, as a Black woman, understand that there is nowhere, no environment, no situation in the world — apart from with other Black women — where I am seen as a fully human being. This is really intriguing to me, because what is it that makes me less human? And what is it that makes people see that they are more human than I am? So that’s the first one. The second one is that I’m an environmental journalist and that is one of the most depressing professions you can have right now because all roads lead to either our self annihilation or they lead to us witnessing tragedy at a scale that we cannot conceive of. We don’t have the mental capacity to understand the amount of suffering and death and waste and destruction that our choices and our actions produce. It’s too much. And then the third is as an urban planning scholar who studies cities, how they are built, how they function, what they cost, what they produce, what they exploit and what they extract. Urbanization is a rapacious project and brings an understanding that any kind of construction towards the physical presence of Utopia has got to come at the expense of something else.

Is there an exploration of utopia and identity that you are interested in or that you have to share as an observation?

As a Black woman living in this world there are things that are so basic and so fundamental that I don’t have access to. One of them is freedom from danger—for myself, for my loved ones. I have a Black father, a Black son, a Black brother, a Black father of my children, and then I have a Black daughter, Black sisters, Black mother, Black woman friends, Black, queer and trans friends and the amount of safety we don’t have access to is wild. The fact that my life expectancy is shorter than non-Black women so I even have less time to live out my life. We’re dealing with these fundamental things. So to me, utopia is literally freedom from the things that can cut my life and the life of my loved ones short. I cannot imagine beyond that freedom. So when I work towards any kind of being it’s simply about the freedom from that threat. Utopia becomes the absence of a violent, brutal, and untimely death. That’s so basic. My utopia is the ability to have the potential for a full life in terms of length, in terms of activities, and in terms of access. When you have Black people living under this and despite this, there is still the capacity for joy and love and pleasure. But to be relieved from that spectre of death, can you imagine what we could produce? Can you imagine what we could do? If that potential is allowed to exist? That. Just that. Let me get there first.

Which leads me to radical imagination, which to you, is once we are in that place of safety and protection. This can be a meditation.

I’m so caught up with survival that getting to something as “quality of life” seems luxurious. Let me acknowledge my privilege and the quality of my life despite all of this, even within that context. Here’s what my utopia is: my utopia is a different kind of logic. It’s a very, very simple, almost naïve logic, where if you have people who are unhoused they get housed, if you have people who are hungry, they get food. It’s a logic that isn’t mediated by politics or capitalism, or identity or war, or an exploitation of labour, or resources. It’s that simple. If you need somewhere to live, you are getting somewhere to live, if you need food, you are given food, if you need health care, you are given health care, and it’s not complicated. It’s a different logic of provision. It’s also an understanding that for us to exist, for us to live, and for us to thrive we have to take, so what is it that we’re giving back?

Are you researching, developing, inquiring about the idea of Afrofuturism through the work that you’re doing, particularly in the cities that you’re imagining for the future?

One of the interesting things for me about Afrofuturism is that its origins came out of a very US-centric idea of what Afrofuturism is. It has a history that goes back to of slavery. What fantastical, supernatural elements can be brought into imagining different ways of being. This has shifted in the last few years, and now it’s more, “Africa is the future.” What’s going on in the continent in terms of cultural production, in terms of environmental movements that deal with extractive politics and all of that? When I think of Afrofuturism it is in terms of future resource management and how it is protected because things will be taken until they run out. Literally, our drive is to consume and use up. What happens when you run out of resources? I think that’s the next thing we’re going to have to contend with— all of these countries where there are these border issues, labor issues, health issues, environmental issues, ecosystem destruction in the name of extraction, when everything that can be extracted has been, what is going to happen? This is what I’m interested in when I think of Blackness and futures.

My work right now directly relates to this. I’ve been working on sand so I’m looking at coastal erosion and the building of African cities, specifically, Accra and Nairobi right now. Where is the sand coming from to build these cities? Why is it not just destruction that’s been caused, but conflict and labor issues that arise from it? So those are the two major urban areas I’m looking at but I’m also looking at migrant crossings of desert borders. Probably one of my most radical stances is on the abolition of borders. Freedom of movement has to happen.

What identities do we risk abolishing when we abolish these borders?

I think we also have to contend with the symbolic connotations of borders too. We can say abolish borders, but what does that mean to our ideas about the nation-state, and by extension, our ideas of self? What does the abolition of borders mean in contested, occupied, and colonized places? I would hope what becomes at risk in terms of identities are the manufactured ones that label and categorize people as not-belonging and out-of-place in problematic ways.

No borders means no military. They go hand in hand. I think in the conversation of no borders, there must be an anti-military conversation.

Because the military exists to maintain the violence of the border, right. Years ago, Ayesha Siddiqi tweeted that “every border implies the violence of its maintenance.”

That needs to be said, because a lot of times in the conversation against the military is hushed. 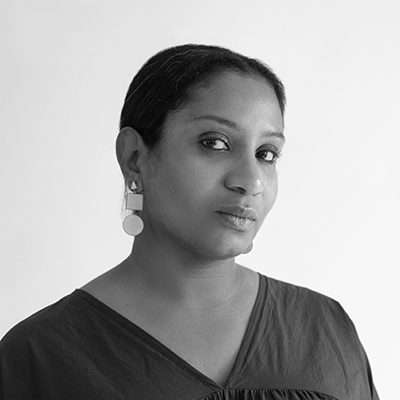 Nehal El-Hadi is a writer, researcher, and editor whose work explores the relationships between the body (racialised, gendered), place (urban, virtual), and technology (internet, health). Currently, she is researching sand as a material through which to understand social, cultural, environmental, and geographical issues. Nehal is the Science+Technology Editor at The Conversation Canada and Editor-in-Chief of Studio Magazine. She is in residency at the Theatre Centre in Toronto, where she is developing a live arts event that examines privacy, consent, and surveillance in public spaces.