In the early weeks and months of the pandemic, we saw some unintended regenerative consequences of creating less burden on the earth: ameliorating of air quality in Los Angeles, return of animals to Yosemite national park and cheetahs to Kruger national in South Africa. These were temporary flashes of restoration, temporary until we uproot the culture undergirding structures of apocalyptic destruction. “Back to normal” politics reinstated and ramped up the acceleration of our Armageddon crash course. The megadrought plaguing the western United States led to the surfacing of dead bodies at Lake Mead, as the reservoir dramatically dried up. Catastrophic flooding in Pakistan as a result of melting glaciers will likely displace millions.

We can’t change our relationship to the climate, nor the emergence of waves of disasters like pandemics, massive wildfires, double hurricanes, without dramatically shifting culture. And that requires 600 years of de-programming, of not “becoming more human,” but actually transcending the operating system known as “human” that “Western Civilization” invented.

In 2003, cultural studies theorist Sylvia Wynter tried to ring the warning bell on this climate change oligarchy, rationalized through intersectional systems, “…our present struggles with respect to race, class, gender, sexual orientation, ethnicity, struggles over the environment, global warming, severe climate change, the sharply unequal distribution of the earth resources (20 percent of the world’s peoples own 80 percent of its resources, consume two-thirds of its food, and are responsible for 75 percent of its ongoing pollution, with this leading to two billion of earth’s peoples living relatively affluent lives while four billion still live on the edge of hunger and immiseration…” This is from 2003. Now 100 companies in the world are responsible for 70% of carbon emissions globally. Private jet has been mainstreamed among the earth’s wealthiest; the 1% now cause half of all global aviation emissions.

And now, the US constitutes 4-5% of the world’s population but consumes 24% of the world’s energy, and produces 12% of its municipal waste. To understand the profundity of this statistic, China and India together compose 36% of the world population and constitute 27% of the waste. But this doesn’t even adequately cover the disproportionately of the U.S.’s consumption vis-à-vis some of the largest populaces. According to David Tillard of the Sierra Club, quoted in a 2012 article in Scientific American, “the average American will drain as many resources as 35 natives of India and consume 53 times more goods and services than someone from China.” Even the UK’s poorest citizens still consume 5 times as much as India’s “bottom 86%,” a number totaling over a billion people, leading ecology researchers to deem this discrepancy “international energy inequality.”

And this top honor of “biggest carbon emitter” has translated in the United States unloading more than $1.9 trillion dollars in “climate damage” to other countries, mostly Global South, from 2009 to 2014, and stunningly more than $183 billion in profits for the U.S. Is it all worth it? To undo the world?

Now, poor people of color globally are being shamed into population control while the brunt of the climate change systems sink their islands, pollute and disrupt traditional food sources and systems. But it is a force that will visibly devastate the wealthy West, only when it is too late to act. COVID-19 is one of the clearest examples of climate change destruction that might cut across borders, but has proven more lethal to cash poor people of color in the U.S. Some have called this relationship between race and ecological dismemberment “environmental racism.” But this phrase still fails to capture the complexity and historical weight of the processes that contributed to the collapse of ecosystems.

Centuries of racial capitalism, settler colonialism (scholars refer to this emergence as “modernity”), and cishetero-patriarchy are responsible for the climate crisis. And it is those who postcolonial scholar Frantz Fanon names les damnes (displaced, criminalized, poor, dispossessed, at the margins), who are paying the heaviest price from devastating hurricanes in Puerto Rico and the Bahamas to wildfires ultimately caused by corporate greed in Paradise, CA (PG&E) and the Amazon (Brazilian president Bolsonaro’s rollback of state protections on the world’s largest rainforest). We might call this Western Civilizational Culture.

The Western civilizational culture that incubated anti-Black slavery, racial capitalism, colonialism, and patriarchy in the modern era will not rescue us or put the brakes on our accelerated trajectory towards irreversible global warming.

The culmination of this type of thinking was explicitly exhibited in the Trump administration’s first response to the coronavirus pandemic: the parading of CEOs from consumer goods companies as “saviors.” Announcing that Walmart would “donate” part of their parking lots for driveby testing centers (that still have not materialized nationally) was intended to reassure Americans that things were under control (weeks later the U.S. would post the highest numbers of COVID-19 cases and death toll of any nation in the world). This is how Western Civilizational thinking understands power: forces that dominate, must continue to be dominant to maintain the status quo. Power to dominate is but one form of power, but unfortunately, this is who power is almost exclusively spoken about or understood.

Intersectionality was not intended by legal scholar Kimberlé Crenshaw to reinforce categories of identity. Crenshaw, who coined the term in 1989, offers “intersectionality” as a means of seeing the web of interlocking systems that structure power relations; a lens where, as she explains, for seeing “where power comes and collides”.

These intersecting systems of domination (“modernity”) generated mutual co-dependency of empire and colony, resulting in an asymmetrical power arrangement: empire controls resources in colony, converts colony into a mono-cultural economy, and empire continues to exploit labor and resources of colony for massive profit and without consequence.

To “civilize” signifies the exercise of control over the body, the earth and all beings deemed lowest on the social Darwinist totem pole, to tame the wild savagery of nature and in people…such a philosophy inspiring active material practice—Western Civilization—underwrote the drive for Empire, justified genocide and displacement of indigenous populations, trans-Atlantic and chattel slavery, rationalized westward expansion to tame “savage lands,” and framed extractive capitalism as doing God’s work (making “use of the land” left “idle” by “heathens”).

Often, when the West engages in discussions or campaigns addressing the climate crisis, they are led by or center the voices of white people—Westerners still maintaining ideologies of domination that ushered in an impending ecological Armageddon. While “wild populations” typically lived in alignment with the rhythms of the earth and cosmos, Western civilization’s imperial expansion created a hegemonic system of extracting resources from their natural habitat and people from their communities to develop circulations of goods, people and capital—a global capitalist economy that was sustained by and reproduced through settler colonialism, chattel slavery, patriarchy and other hegemonic orders of social control. This is why it makes sense, to some, to sacrifice the fleshbound’s public health for a phantom/invisible economy. Because the economy has long mattered more than the disposable people who have been displaced, enslaved, gentrified or genocided.

Western civilizational thinking also created an individualized culture that severed tribal and extended familial relations. This individualized culture made it possible to disconnect from not only family and community, but also from the planet, its creatures and creations. The logic that brought us the fossil fuel industry convinced us that individual recycling programs was “doing our part” to reverse the effects of climate change. Yes, single-use plastics should be discontinued or re-imagined in regenerative ways. But transferring the burden from industries to individual is at the ethos of consumer capitalist culture (an extension of western civilizational culture); and, as I argue, part of centuries of decolonizing work we have to do to eradicate global warming and its deleterious effects, to resuscitate the bated breath of Mama earth. Empire scaled up circuits of exploitation, extraction, and enslavement. We must engage people by dreaming bigger than the unit of the individual to disentangle the imperial architecture that unwittingly, through its design, ushered in an omnicide. Thus, it’s not enough to produce sustainable systems, practices and goods. We must scale up regenerativity: avant-garde visions of unraveling empire, while building new systems designed to regenerate sacred cycles of life and death.

When people quip, “humans are the real virus,” Indigenous communities push back, pointing to their system of sacred stewardship and vision of interconnectedness (like engaging in controlled burns on the land of California to reduce intensity of wildfires). But there is some truth to both: The definition we operate under as “human” was socially constructed to whet a Western Civilizational appetite for imperial dominance, to distinguish between the “civilized West” and the extractable and expendable “wild populations,” and thus shame collectivism and connections to earth life.

A persistent colonial/Western Civilizational mindset will deliver similar results to every sector of life. In order to substantively tackle climate change, we must commit to confronting the legacy of slavery and colonialism and the western civilizational culture it forcefully imposed. 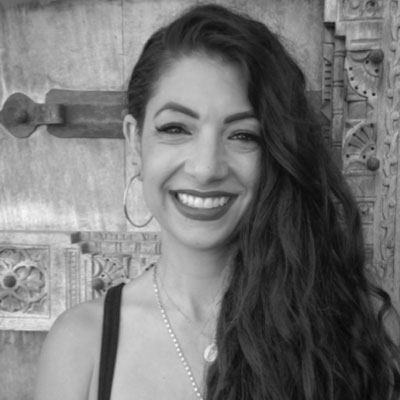 Maytha Alhassen, Ph.D. is a historian, journalist, social justice artist, and mending practitioner. Inspired by James Baldiwn declaration of himself a “public witness,” she sees her work in the world as an engaged wit/h/nessing (witness + withness). Dr. alhassen received her Ph.D. in American studies & Ethnicity from USC, training in the disciplines of history, anthropology, media studies, Middle East studies with an emphasis on race, class, gender, religion and social movements. As a journalist, alhassen appeared as a co-host on Al Jazeera English and The Young Turks and written for CNN, Huffington Post, Boston Review, Mic, The Baffler. In the social justice organizing realm, alhassen co-founded Occidental College’s Social Justice Institute, Believers Bail Out, Arabs for Black Lives collective and currently sits on the board of Muslim Anti-Racism Collaborative. Lastly, alhassen is a Co-Executive Producer for Golden-Globe-winning, Emmy-nominated Hulu series Ramy and a Religion and Public Life Fellow in Media + Entertainment at Harvard University